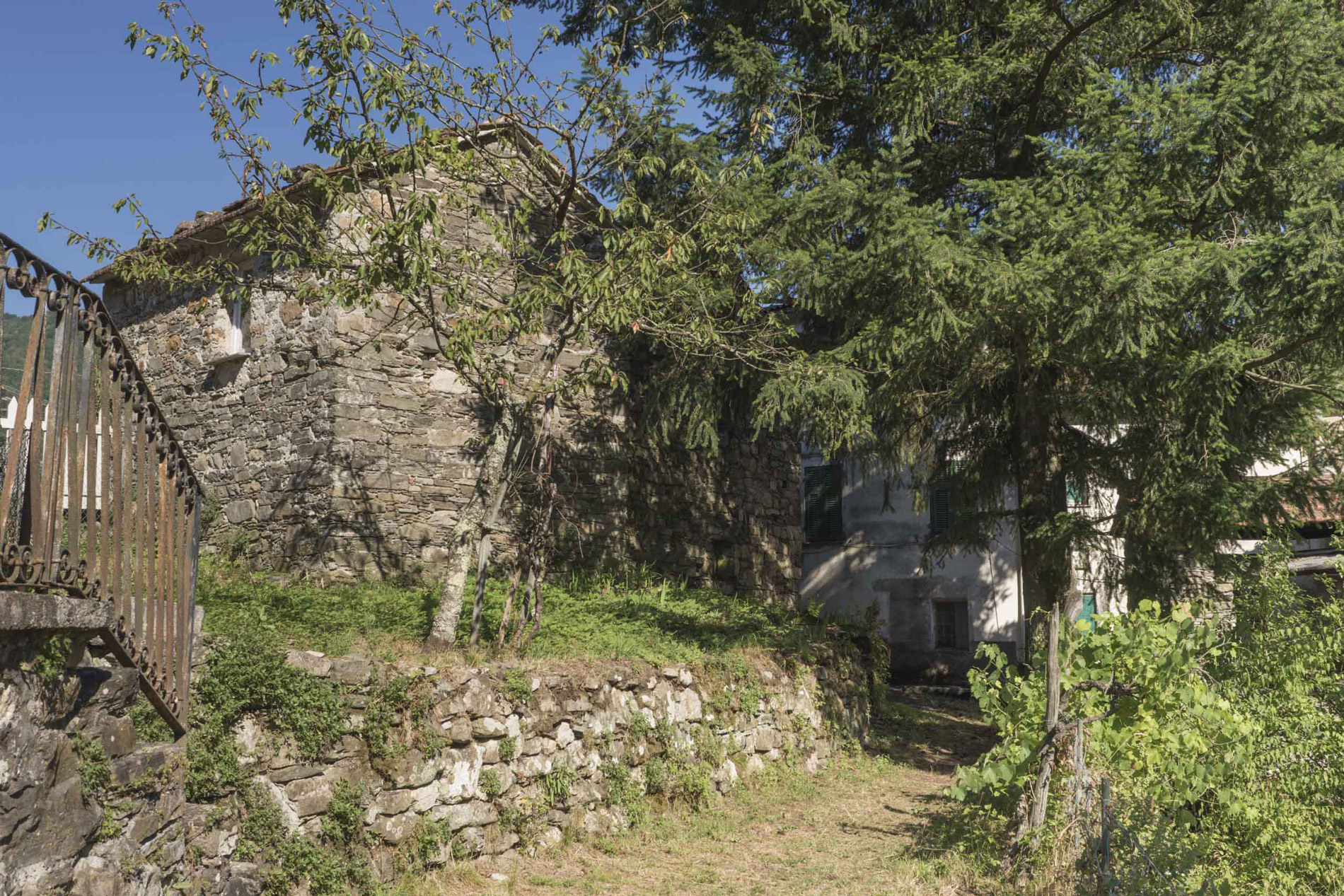 The Lunigiana: nestled at the border between Liguria and Tuscany lies this charmed land, as yet largely undiscovered by tourism. It is a landscape of green rolling hills, medieval castles that dominate from the hilltops and tiny lost villages.

Travelling along the main roads of this vast landscape one cannot but wonder where all the tiny streets that cross them and wander through the nearby forested hills lead to. Little roads, apparently unimportant roads, often poorly marked, and seemingly hidden among the luxuriant fronds from the eyes of passers-by. Many of these little roads are the entrances to places where time has stopped.

Little villages await the traveller at the end of these roads – villages where everyone knows each other, where the old families are often joined by new families of foreigners, who have brought new life to long-abandoned houses – houses rediscovered by those that have been able to appreciate the poetry of these corners of Paradise.

Terrugiana is one such place, suspended between the green of the hills and the blue sky. A hidden hideaway for those that seek a house to relax in, where one can enjoy nature and silence. It’s where one can find a home to stay – at least a while – in; or  where one who is escaping the hustle and bustle of city-life can find peace and quiet.

The home that awaits you in Terrugiana is ancient and strong. The structure is solid and takes two floors, it has a rustic stone out-building which in time was used as a chestnut-drying facility.

It is a home that lies dormant, waiting to be rediscovered and brought to life, by one that knows how to see its potential, a potential that comes from the poetry of the place, but also more materialistically, from the very reasonable selling price and generous square-meterage.

Once the home of the local inhabitants one wonders who it will accommodate in the future.

I imagine it the home of someone who seeks inspiration – artistic or musical inspiration – … maybe … or more simply the inspiration of who seeks a simple and tranquil life in touch with a still-unspoiled nature.

distance from the centre:

distance from the sea:  40 minutes by car

This website uses cookies to improve your experience while you navigate through the website. Out of these, the cookies that are categorized as necessary are stored on your browser as they are essential for the working of basic functionalities of the website. We also use third-party cookies that help us analyze and understand how you use this website. These cookies will be stored in your browser only with your consent. You also have the option to opt-out of these cookies. But opting out of some of these cookies may affect your browsing experience.
Necessario Sempre attivato

Any cookies that may not be particularly necessary for the website to function and is used specifically to collect user personal data via analytics, ads, other embedded contents are termed as non-necessary cookies. It is mandatory to procure user consent prior to running these cookies on your website.